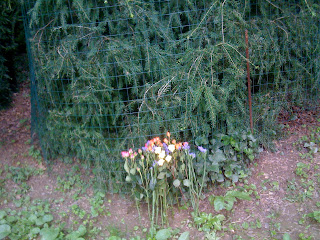 As usual, I am WAY behind on blogging. This post should have been done over a week ago (12 days ago, to be exact), but there's been a lot of stuff--mostly quite good--going on around here lately and I haven't had much of a chance to get to sit down at the computer and blog. We were engaged in a flurry of activity related to going to DC for the 4th of July weekend to meet 5 more of Hallie and Lea's donor siblings; getting ready for the first day of Hallie's preschool, which started on Monday July 6th; and preparing for this week's mediation sessions with the subcontracting agency that handles special education for ages 3-5 in the city of Philadelphia. Between all of that, our actual trip to DC and the actual start of preschool, a three year old in the throes of terrible two testing, and a teething five month old, it's been a bit crazy around here. I know, excuses, excuses, excuses...

So this is the first of at least three long overdue posts.
***

On Sunday June 28th, the third anniversary of our loss of Olivia Skye, we visited Olivia's Grove at Pastorius Park in Chestnut Hill. We found that the trees, which had been tiny saplings when Sharon first helped plant them in the autumn of 2006, were really filling in and that they had been beautifully and lovingly tended.

The kids enjoyed lolling about on the blanket that we brought with us and Hallie, as usual, enjoyed racing around the grass, chasing after balls and bubbles, and checking out (with an appropriate degree of caution), some of the many dogs who frolic in the park. 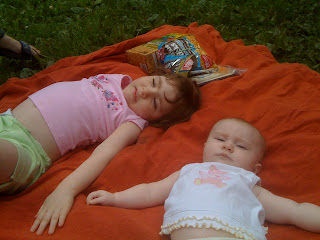 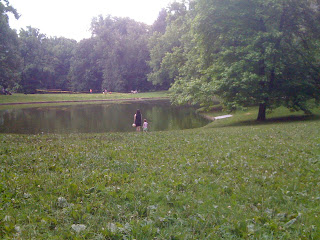 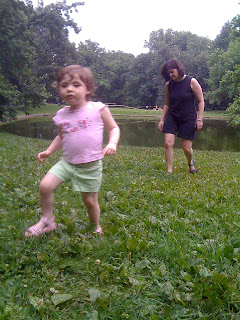 But the interesting thing is that she seemed to know that it was a bittersweet occasion. We think this emotion is quite beautifully captured in this picture, where she is helping Sharon lay down the flowers we had brought at the feet of the biggest tree that commemorates her twin's brief life. It was kind of like she knew why we were there, and what her role was in the process. 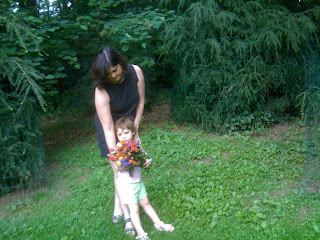 Olivia knew that we were there. As has been the case for the past two years, the sky darkened and it began to rain just as we placed our flowers down in front of the largest of the Chinese Hemlock trees that we had planted in Olivia's memory.

Rest in peace, sweet Olivia Skye. We love you very much and miss you terribly.
Posted by abby at 1:58 AM

Beautiful post...Olivia is looking over both of her sisters and keeping them safe! We got the EI eval yesterday and he qualifies for services...they are going to start with PT and see how that helps. THanks for the advice...I would not have known to do this without you!

What a beautiful picture of Hallie with Olivia's flowers! I know how bittersweet it is for you all, and I know also that Olivia is so proud of her beautiful family. Thinking of your precious Olivia Skye.